kipple /KIP-əl/. noun. Useless, multiplying junk, dross, rubbish. A word that seems particularly useful in our age of endless digital detritus and debris. Commonly attributed to speculative fiction author Philip K. Dick as a coinage in his 1968 novel Do Androids Dream of Electric Sheep?, this is probably incorrect. It is likely Dick took it from the title of 60s sci-fi fanzine Kipple, a title one less charitable reader had mockingly re-defined as “useless junk.” And that magazine’s editor had himself appropriated the word from an old joke: “Do you like Kipling? I don’t know, I’ve never kippled.” A joke Dick would re-tell in a later novel (Galactic Pot-Healer).

END_OF_DOCUMENT_TOKEN_TO_BE_REPLACED 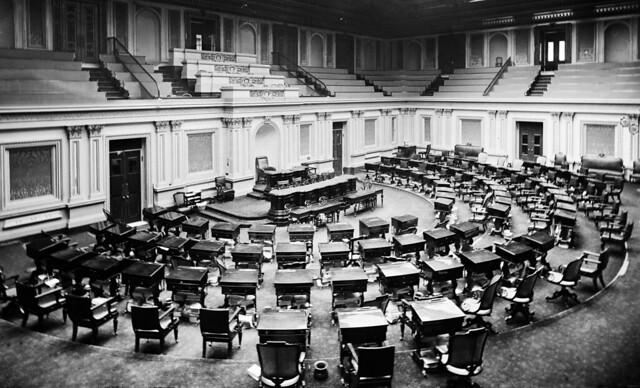 kakistocracy /ka-ki-STAW-krə-see/. noun. Coinage for government by the worst citizens, supposedly the opposite of the aristrocracy (try to avoid the brain-numbing regression of what happens when the aristocracy is the kakistocracy). From Greek kakistos (superlative of kakos, bad) + English -cracy (government, rule). See also the likely related cack (to discharge excrement, to vomit). See also khakistocracy, a portmanteau referring to military rule of a country in conjunction with that country’s elites.

“…it had spotted the weapon-blink from Ablate, communicating this to its home GSV, the Kakistocrat, which had been cautious enough to pass this on to a select few of its peers including the Pressure Drop rather than broadcast the news.” (Iain M. Banks)

“The OED is full of words for different types of governments. I find most of them forgettable. But kakistocracy, describing so aptly the fear, which seems common in every generation, that their government is truly the worst possible one, is a word worth remembering.” (Ammon Shea)

“Should your agitation succeed it would result in the French Revolution over again, together with all its corollaries,—anarchy, kakistocracy,[Pg 30] a glorious tyranny on a false foundation, kakistocracy again, and chaos: a counter revolution, again a kakistocracy, and finally impotence, false and evil as the destroyed feudalism.” (Ralph Adams Cram)

“Thus, the problem was not whether corruption/power abuse was allowed, but how to keep a balance between uprightness and kakistocracy.” (Gang Deng)