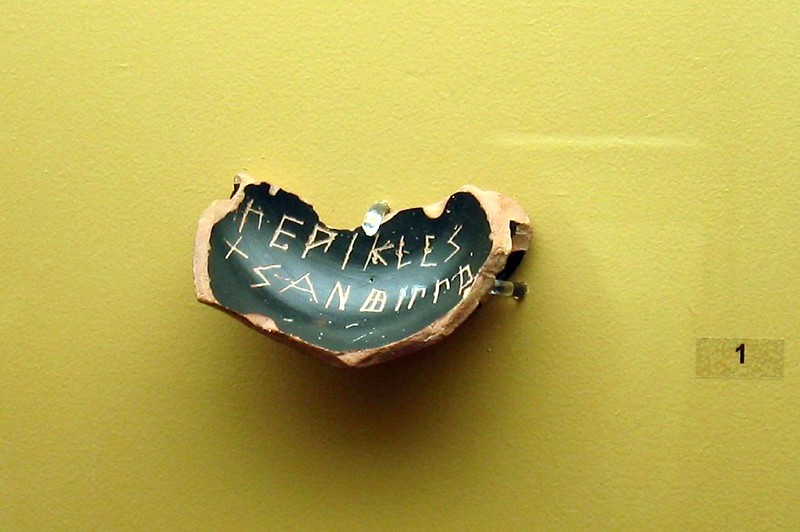 ostracize · /ˈɒstrəsʌɪz/ · /OSS-trə-size/. verb. To exclude or banish someone from society or a group. In Ancient Greece, to punish someone through temporary exile. Latinized form of Greek ostrakizein (to banish), literally “to banish with potshards,” reflecting the ancient Athenian practice of holding a public vote, scratching names onto a potshard or piece of tile, on the fate of dangerous or embarrassing people. If a majority voted so, the person would be banished for 10 years. Ultimately, ostracize is derived from the PIE root ost- (bone), which is the root of words such as ossuary and oyster.

The young men who go to prison rather than college face a lifetime of closed doors, discrimination, and ostracism. (Michelle Alexander)

All too often, today’s anxious parents “protect” their children from the so-called “ravages” of TV and computer games, only to expose them to the far more damaging ravages of social ostracization by their peers. (Jonathan Franzen)

Pepita’s existence, in fact, seemed settled, permanent, and contented, if we except the two sorrows of the social and the religious ostracism… (Vita Sackville-West)